A lot has happened since our last jot, back in Nov ’11.

We’ve been playing in some great DIY spaces but promoting sparingly, as theres been a massive police crackdown lately on loft concerts. Check out this article in Village Voice:

Some of our shows over the Winter included Death By Audio with Boats during their ’11 tour with The Damned, and other keen parties in NYC, Montreal and Washington DC 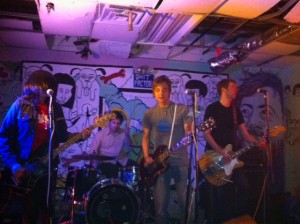 If anyone has missed our text messages and email notices regarding the underground shows please shoot us an email to theratsnyc(at)gmail to get on the list.

In other news, FDR aka Jeff on guitar (aka JefFDR) has recently had a pizza joint launched in his honor, and he and his wife/partner Jay have given birth to an uber-moxy boy child, the young master Desmond 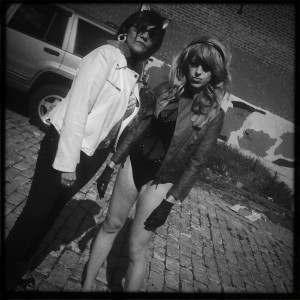 Kitty G. Litter has been sealing our third book deal, licensing the lyrics of Let’s Keep It Superficial, again in the noir genre this time to be included in Deb Koontz’ latest novella about Las Vegas (other inclusions of The Rats NYC in suspense-fiction were by New York Times bestselling authors Jon Land and William Martin)

Other projects currently include The Rats of New York Fingerbang Gang video with cameos by Anna Copacabanna, Patrick Salt Ryan and Twin Guns. Editing by David Horowitz (The Above) and Pele Kudren is in final stages… to be released on vinyl 7″ tba 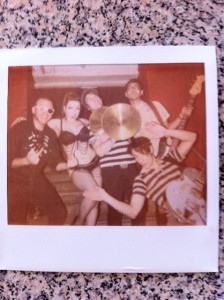 Jake Rat continues to grind the wheels of the Othermen’s video for Axe Cop with a cameo appearance by burlesque idol Amber Ray, editing the digital footage while waiting for Double 8mm film takes to get developed and transferred by a lab in Massachusetts. He also continues as a producer for Puta Records, managing production of No Red Tape Volume II (compiled by Brian Chillemi of Organs, and art by Charles Gaskins of Killer Diller & Siberians fame). The cassettes are currently available at Other Music, Kims Video, and coming soon to Earwax & Academy Records Brooklyn. 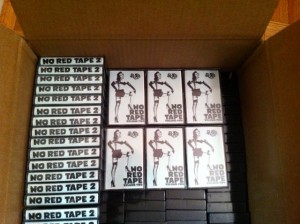 After helping out with renovations at Jonny Airis’ recording loft Terminal New York, Jakes been serving an intensive internship under a master Sommelier at Corkbuzz Wine Studio, running plates for Chef Hiyan Yi (Le Bernardin / Daniel), fetching bottles and living life at cellar temperature as any self-respecting rat should. 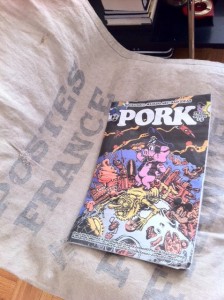 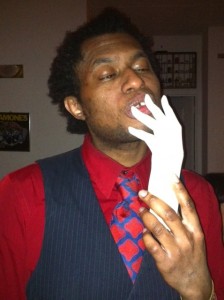 We held a holiday bash at Chez Rat of Alphabet City-Manhattan, sibling duo Keith Masco and Pee Wee of Passout Records kept the turntables spinning and in attendance members of The Lovely, The Othermen, Madame Robot, Dirty Shames and Djs Xerox (Copycat) & Jumpy among a gaggle of debutantes, germs & gents.

Puta Records; Live at Local 269 with Born Loose, The Brimstones, and Dirty Shames

This entry was posted in Uncategorized. Bookmark the permalink.